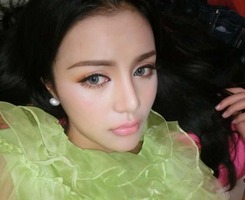 The Daily Mail, the domestic Press Association news agency and Sky Sports News television said that the league champions had turned down an offer from the west London club, without quoting sources.

Reports said the Blues offered STG10 million ($A16.51 million) plus either Juan Mata or David Luiz in exchange.

Rooney, 27, has been at the centre of speculation about a possible move away from Old Trafford ever since he made a transfer request just before the departure of former boss Alex Ferguson at the end of last season Courier Service.

Earlier this month, the Daily Mail claimed that Chelsea had made a STG60 million ($A99.04 million) offer for the striker.

Chelsea boss Jose Mourinho last week stopped short of stating that he hoped to sign the England international, saying only that he liked Rooney "very, very much".

But new United manager David Moyes hit back this week, repeating that Rooney was not for sale.

"It's hard to keep repeating myself but I will do - Wayne's a Manchester United player and will remain that," he said in Bangkok, where United are on a pre-season tour.

Rooney, however mortgage loan, was on Tuesday reported to be "angry and confused" by later comments from Moyes that he would be used as back-up to striker Robin van Persie next season.